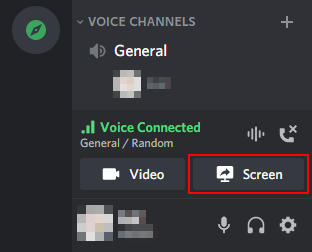 Being able to share your screen is one of the features that sets Discord apart from other chatting platforms. Whether you’re watching YouTube videos with friends, or live streaming your favorite game, Discord’s Go Live update makes it easy.

With screen sharing finally arriving to the Discord mobile app, you can even join in on the fun from the comfort of your own couch. In this article, we’ll show you how to share you screen in Discord on PC and Mobile.

How to Share your Screen in Discord on PC

Discord’s introduction of its Go Live feature made screen sharing and live streaming to a voice channel as easy as clicking a button. Once you start screen sharing, a “live” symbol will appear next to your name in the voice channel. Anyone wishing to view your stream, will automatically be joined to the same voice channel so you always know who’s tuning in.

Discord allows 10 people to view your stream at once, but this limit has recently been increased to 50. Sharing your screen for the first time in Discord can be confusing if you don’t know where to look – here’s how.

Screen share has been a popular feature of Discord on PC for a while now, but mobile users were left wondering when they’d see the feature come to mobile. Finally, near the end of 2020, Discord updated its mobile app and brought screen sharing to both Android and iOS devices.

It works similar to how it does on desktop, allowing anyone in the same voice channel to view your phone’s screen. Here’s how to use it:

Sharing your Screen in a Voice Call in Discord

Originally, screen sharing was only available in voice calls in Discord. With the Go Live update, you can now broadcast to an entire voice channel, but the option is still there for one-on-one or group calls.

Here’s how to screen share in a private call in Discord.