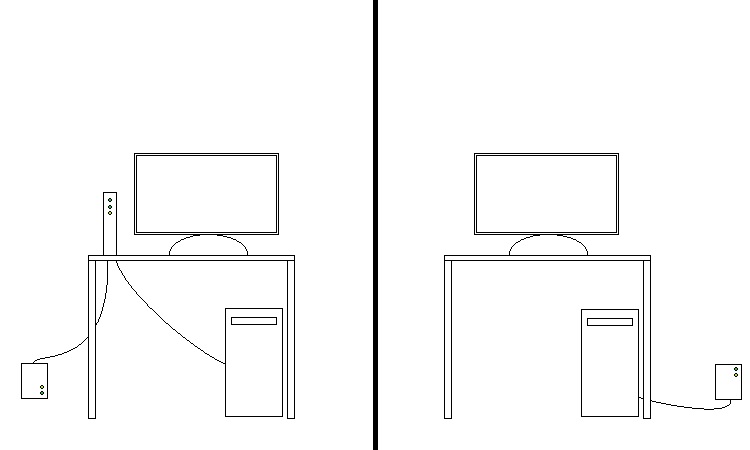 This post contains affiliate links which means that I may receive a commission for purchases made through links in this post. Please see our disclosure for more information.

You’ve got an Ethernet cable running through the walls, but it’s just not quite long enough to reach the other side of the room. Tearing things up to replace the entire line is not a viable option either. Sound pretty close to your situation? Luckily, there’s ways to extend an Ethernet cable without re-running existing lines.

Using a Coupler to Extend an Ethernet Cable

Using the coupler is extremely simple, you just plug in your existing cable to one end and the extension cable to the other. That’s all there is to it. If you don’t happen to have an extra cable around, you will need to pick up one of those too.

Some Things to Consider

There are a few things you’ll want to think about before going with this option.

Using a Hub or Switch to Extend an Ethernet Cable

Couplers, switches, and hubs, oh my!

This approach is a more for the tech savvy individuals or those that need to extend a cable further than the maximum 300 meter spec. If you’re just looking to connect a single device under the 300 meter distance, try using a coupler first.

While not as cheap or simple as the coupler method, a switch or a hub is a viable option that also has a few additional benefits. I won’t be comparing the technical differences between a hub and a switch, as it’s already been done before, and will only be focusing on the pros and cons of this approach vs. the coupler method.

Pros of a Switch or Hub

Cons of a Switch or Hub

There’s definitely an argument to be made for this approach and if I were balancing my options, I would ask myself these two questions:

If the answer to both of those is “no”, then you should get a coupler. If your answer to one of those is “yes”, you might be better off with a switch or a hub.

Although these won’t extend your existing Ethernet cable, I think these devices are worth a mention as an alternative solution. These are called Ethernet over power line adapters and they’re kind of awesome.

You can use these to connect devices through the existing power line wiring in your home. You can even connect multiple devices by just adding a new adapter. Seriously – it feels like they work on magic.

I know that can sound really confusing, so I drew a pretty crude representation that might help (sorry, I’m no artist!). The divider in the middle is meant to represent two different rooms in the same home.

I personally use these devices in my own home network, and have for a couple of years. Occasionally I’ll have to unplug one of them and plug it back in, but for the most part they work great for my purposes.

Some Things to Consider

You’ll still want to think about a few things like speed rating and distance. You’ll probably want to get at least 100 Mbps adapters but depending on your network speed and internet connection, you may even want to step up to 500 Mbps or even 1 Gbps.

Distance might also be a deterrent from these devices as they too will lose their connection quality after 300m. You’ll also want to make sure that you plug these directly into the wall. Don’t use a surge protector or power strip as they tend to cause problems.

2 thoughts on “How to Extend an Ethernet Cable”