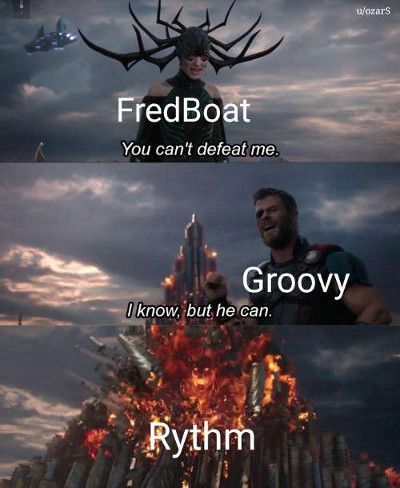 One of the coolest features of Discord is the ability to add bots to your server. These programmable little guys have been made to do all kinds of things and can really make your server stick out among the rest.

Some of the most popular Discord bots are music bots. These bots can join a channel in your Discord server and stream music for those in the same channel. They even take user requests through text based commands and stream from multiple different audio sources.

How do you add these Discord bots, and which are the best Discord bots for music? Hopefully we’ll be able to answer these questions, and more, with the below.

How to add a Discord Music bot

You don’t need to be a programmer to setup a bot for Discord. All of the bots we will cover in the below list are public and extremely easy to add to your server. Each bot we discuss in the list below will have an invite link. Simply click this link, and follow the prompts from Discord to add it to your server.

3 of the Best Discord Bots for Music

Neat Features: Play command can search by name, supports YouTube Playlists, can grab song lyrics via the !lyrics songname command, has a web based dashboard for administrative things

Things to Consider: Does not support Spotify, must donate to adjust bot’s server volume

Rythm is probably the most popular music bot on our list, with their website currently boasting 6 million served Discord servers. This bot is packed with useful features and offers a lag-free, high quality listening experience.

YouTube, SoundCloud, Twitch, Vimeo, and Mixer are all audio sources supported by Rythm. You can play a song from any of these sources by using they !play command with the name or URL of the song.

Rythm also offers some other pretty neat features such as searching for a song to play by name, playing YouTube playlists, fetching song lyrics (!lyrics songname), and a web based dashboard.

Rythm does have a few limitations you may want to consider. It does not support Spotify and has a static server-side volume setting. Users can adjust the client side volume of the bot, but this has to be done per user. You can donate to unlock this ability if it’s needed. You can read more about Rythm’s limitation on their FAQs page.

Things to consider: Must donate to adjust bot’s volume, no web based dashboard

Groovy is another music bot that’s quite popular. This bot has some unique features and also boasts a stable, lag free, listening experience.

One of the unique things about Groovy is the amount of audio services that it supports. A few of these services include YouTube, Spotify, SoundCloud, Deezer, Apple Music, and Twitch. You can check out their website for a list of every supported platform.

Groovy also has some familiar features such as playing songs by name, playlist support, and a lyrics command (-lyrics [query]) . Groovy really shines with it’s premium features. These include audio effects like bass boost, vaporwave, and nightcore, 24/7 music, and queue saving for later listening.

This bot also requires you to donate to adjust its volume and does not provide a web based dashboard.

Neat Features: Play command can search by name, supports playlists, is open source, can be self-hosted

Things to Consider: No lyrics command, no web based dashboard

FredBoat is a music bot that offers similar functionality to the others and is also open source. This unique feature allows for the community to contribute to development and even host their own versions of the bot.

Unfortunately, FredBoat appears to be missing a lyrics command and is also lacking a web based dashboard.

Choosing a discord bot for music really comes down to personal preference. Any of the bots previously covered will likely work for your needs, but each one has some slight differences.

If Spotify is a necessity for your users, consider going with FredBoat or Groovy. If displaying lyrics in your server is important, try Rhythm or Groovy instead. Open source or self-hosting sound cool to you? FredBoat is your boy.

The best way to see which music bot is right for you, is to simply try them! Adding and removing each bot is free and super easy, so why not test them out?